As we approach spring, along with it comes the hope for fresh beginnings. For the Voyageurs Wolf Project, a University of Minnesota research initiative launched to address knowledge gaps in wolf ecology, that means keeping tabs on new wolf pups born around this time of year—a challenging task that’s just one component of the project’s research.

Because wolves are elusive predators that live in densely forested landscapes, the Voyageurs Wolf Project team relies on GPS- and camera-collars, remote video cameras, and long hours in the field to collect the information they need to better understand how wolves live.

Last spring, the team counted four new pups born near Cranberry Bay in the Greater Voyageurs Ecosystem in northern Minnesota. Tracking the locations of the pups' parents allowed the team to place a dozen cameras in strategic locations to capture video. After recently reviewing several months’ worth of footage, the latest of which was recorded in October 2021, all the Cranberry Bay pups had survived. If those pups are still alive this spring, their 100 percent survival rate sits well above average. 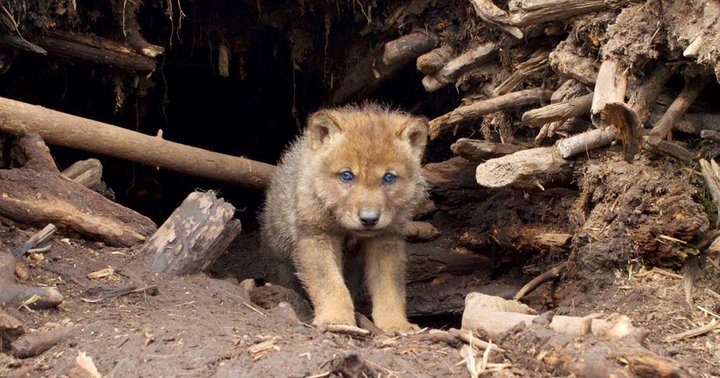 A wolf pup looks out from the opening of a wolf den dug into a beaver lodge. 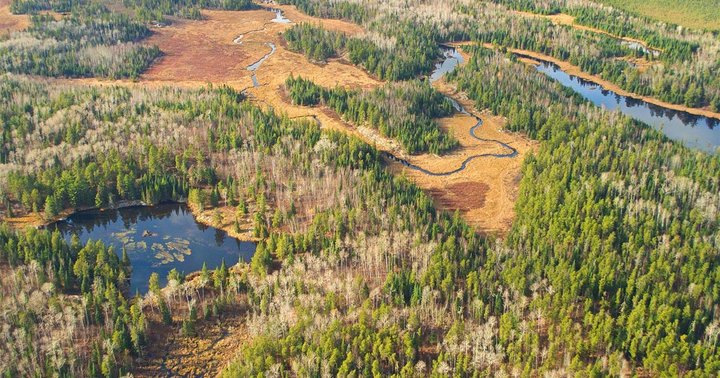 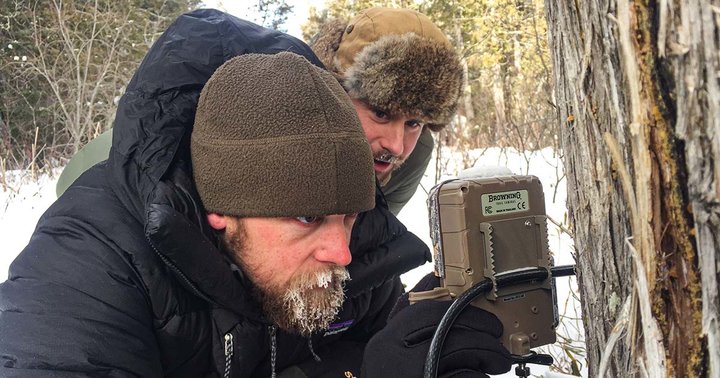 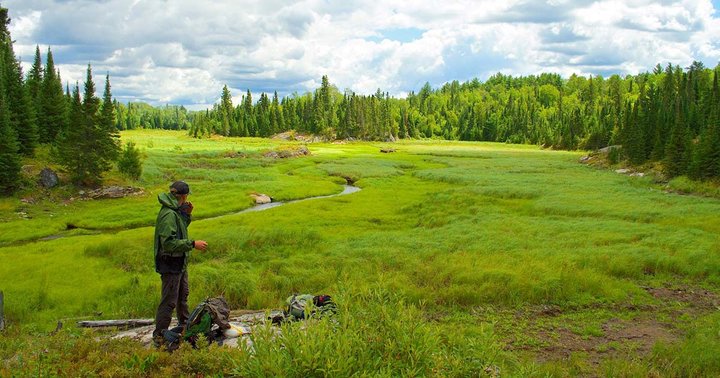 Austin Homkes looks out over an abandoned beaver pond in Voyageurs National Park.

Wolves have strong parenting instincts, which means that when researchers identify a den and hike in to count every pup, weigh them, and place remote cameras to collect later, the adult wolves may move their pups to a new den — even with minimal disturbance. Sometimes the research team misses pups that are hiding, so the remote cameras help correct undercounting litter size. This is why cameras and collars are critical tools for the project.

“Much of the research we do to understand the summer ecology of wolves and the findings we have made wouldn’t be possible without the technological advances of cameras and collars,” said Tom Gable, a project member and fisheries, wildlife and conservation biology postdoc. “Researchers have struggled to understand many aspects of the summer ecology of wolves for a long time, because studying and keeping track of wolves in densely forested places like Minnesota without these tools is incredibly challenging.”

The GPS collars used by the research team send information via satellite, allowing wolves to be tracked in almost real time. In addition to finding the locations of den and rendezvous sites, the GPS-collars help identify where wolves kill prey. By gathering detailed information on both the reproductive ecology and predation behavior of wolves, Voyageurs Wolf Project researchers are able to connect critical facets of wolf behavior to important ecological factors, prey populations, and human interactions — all of which are vital to conservation efforts.

The project supports wolf conservation by sharing all their data with the National Park Service and the Minnesota Department of Natural Resources. Bump explained that key data on the number of packs, pack sizes, survival, dispersal, territories, and more are shared with these agencies to assist with their management goals. Data from the project are important to the state's population estimate and population monitoring for Voyageurs National Park.

Project researchers also use their findings to help reduce conflict with ranching in their study area. According to Bump, they have been able to raise funds and resources to help ranchers complete fencing projects to better separate wolves and livestock based on their wolf movement data. “Cultivating positive relationships with the many private landowners in our study area has been vital to our work,” said project member and UMN researcher Austin Homkes. “Working with local ranchers is just one example of how everyone benefits when we work together.” They also examine poaching instances in depth and share the information they have with DNR conservation officers so that the DNR can pursue cases.

“Wolves were wiped out everywhere in this country except for Alaska and northern Minnesota. We owe it to wolves and other wildlife to conserve their populations. Wolves are part of what it means to be Minnesotan," Bump said. "They are iconic Northwoods wildlife related to our lifestyle and identity. They are the ancestors of every sled dog and canine hunting companion across our state. Wolves are a brother to Minnesota native peoples. Wolves help define the wilderness we love and the basketball team we cheer for.”

The team shares their data with nearly two dozen other researchers across the globe, from academics to tribal nations to curious individuals, all of whom are trying to contribute to wolf conservation. International wolf experts described the initial results of this research as a breakthrough, because they have had an unparalleled opportunity to provide novel information on how wolves hunt beavers and how that shapes wetlands in southern boreal ecosystems. This work benefits not only Minnesota’s iconic Northwoods, but boreal systems around the globe from North America to Asia. 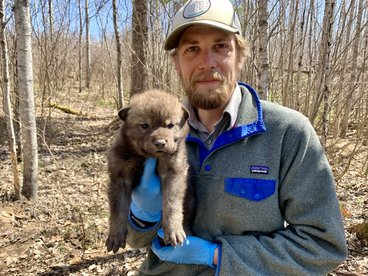 “Wolves also have important, biological roles, directly influencing prey populations and indirectly influencing forests, wetlands, and wildlife disease. If Minnesotans want healthy ecosystems, then we should continue to invest in wolf conservation,” Bump said. “Investing in wolf conservation is also the best means for Minnesota to have the sustained authority to manage wolves. The recent relisting of wolves under the Endangered Species Act and loss of state management is precisely because some states have backed off wolf conservation.”

If you want to learn more about this work, explore the Voyageur Wolf Project’s YouTube channel where you will find an up close and personal glimpse into the wild and magnificent lives of wolves. Visit their website to get more details about the research and to follow them on Instagram, Facebook, and Twitter.