Rekindling the slow magic of agricultural research and development

Picture in your mind a five-year-old child. If you live in a developed country, it’s quite likely the first image you evoke is of a happy, healthy, smiling kindergartener, perhaps in a classroom or on a playground. But, the stark reality around the world is that at least two million children under the age of five die from hunger and related illnesses each year. And the deaths of additional millions of older children and adults are added annually to this dismal tally.

As staggering as these statistics are, they could have been much worse. Agricultural research and development (R&D) over the years have helped save hundreds of millions of people from poverty and famine. However, the funding for agricultural R&D has fallen in recent years and is under renewed threat given other priorities for government budgets and the dire overall projections for economies recently outlined by the World Bank.

That is why, according to a new report titled, “Rekindling the Slow Magic of Agricultural R&D,” that appears in the National Academies of Science, Engineering and Medicine publication, Issues in Science and Technology, it is exactly the wrong time to decrease public investments in agricultural R&D.

Professor Philip Pardey, PhD, professor in the Department of Applied Economics at the University of Minnesota College of Food, Agricultural and Natural Resource Sciences, co-authors the report, which is a policy version of a report issued in October 2020 by the Supporters of Agricultural Research (SOAR) Foundation, also co-authored by Pardey. That report is titled, “The Payoff of Investing in  CGIAR Research,” and it shows that international agricultural research investment generates a 10 to 1 return. 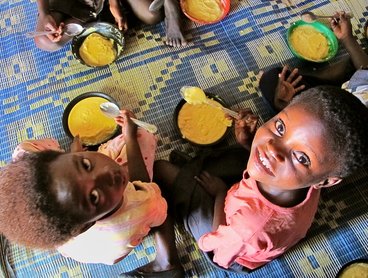 According to Pardey, about 1.8 billion people—a quarter of the world’s population, living primarily in Africa and South Asia—remain desperately poor, living on $3.20 or less per day. In addition, World Bank data shows that the COVID-19 pandemic has pushed an additional quarter of a billion people into this category in 2020.

“Nations should be increasing agricultural research investments, not just to sustain progress already made in the face of climate change and ever-tighter land and water supplies, but also to continue to shrink the number of people living at the lowest levels of poverty and increase resilience to major disruptions like COVID-19,” said Pardey.

Pardey notes that it is important to be persistent and patient, because agricultural research is ‘slow magic’. “Returns accrue over long periods — decades — and realizing the full potential from agricultural R&D requires far-sighted investments. It also is a cumulative endeavor, best done with steady and sustained investments. The accumulated evidence shows that, in agricultural R&D, perseverance and patience are well-rewarded.”