If you're into insects, the University of Minnesota’s St. Paul campus is the perfect place to pay them homage. Coined a "temple of biodiversity" by one visitor, the University of Minnesota Insect Collection is home to more than 4 million insect specimens that together create a story of how Minnesota's natural environment has changed over the decades — and what's possible for the future. 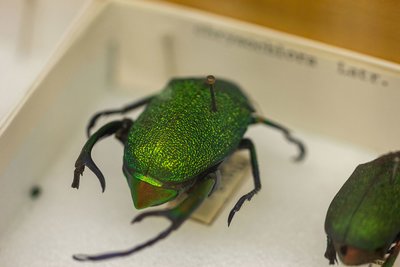 “The collection acts not just as a biodiversity standard, but also a very real record of what we have and what we’ve had in Minnesota,” collection curator Robin Thomson says. It offers insight into the changes that have taken place both in insect species and in the natural environment. "This collection represents 4 million valuable pieces of information. Each specimen is like a little book chalked up with information," says University of Minnesota entomology professor and collection director, Ralph Holzenthal.

The insect collection is creating buzz beyond the University setting. The Minnesota DNR is working with the collection to study native bee species in the state. By databasing historical bee specimens in the collection, the DNR developed a profile of native bees in Minnesota and how they have changed. Comparing bee species of the past to recent specimens allows the DNR to answer questions about the emergence and movement of native bees in Minnesota and provide valuable insights into the state’s ecosystem. “They wouldn’t be able to know that there has been a change in the diversity or distribution if they didn’t have that historical record to compare it to,” Thomson said.

Origins of the Collection 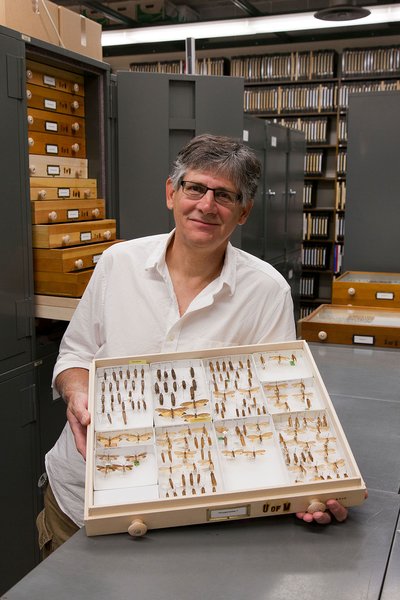 The collection began when W.C. Hall collected the first specimens from the shores of Lake Superior in 1879. It started as a modest regional reference resource with approximately 3,000 specimens. In 2019, the collection reached over 4 million specimens and now contains over 53,000 different species.

“It represents a physical record of insect diversity in space and time over the last 140 years of insects from Minnesota, the region, the country, and in some groups for the entire world,” Holzenthal says. The collection ranks tenth largest for university-affiliated insect collections in North America and 18 largest overall out of the 223 total collections tallied in 2018.

In addition to its impressive ranking, the collection is a resource for discovering new insect species. With over 4 million specimens, this happens more often than one may think.  Between Holzenthal and Thomson and their students and colleagues, over 800 new species have been discovered from the University’s collection. An outside specialist verifies new species after they have been identified within the collection. “The collection is just this hidden gem of unmined data. It is used in so many ways now that people don’t know about, and there is so much potential,” says Thomson.

In addition to general insect diversity and distribution changes, the collection represents a historical record of agricultural challenges. It provides relevant information that can be used to prevent the spread and diminish the effects of insects that bug agriculture. For example, following the patterns of distribution of harmful insects such as the Japanese beetle or soybean aphids have a direct benefit to agriculture. 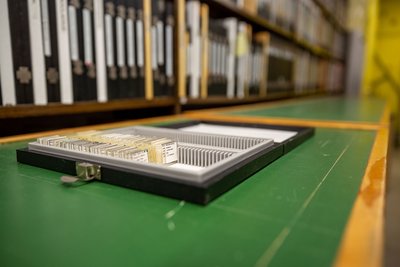 Holzenthal explains that because soybean aphids were not native to Minnesota, the insect collection provides clues as to how and when they moved into the state. Following the pattern of distribution for soybean aphids gives scientists working to control them useful information such as the time of year and geographical location they appear and how quickly they spread.

Sharing the Collection
Although the purpose of the collection is primarily for research and teaching, public outreach is another important aspect. Holzenthal and Thomson share their knowledge of the collection by giving tours to schools and other groups. “It’s really a gem on the St. Paul campus for the University,” says Holzenthal. “In terms of the scientific value of the collection, it’s priceless.”

To learn more about the collection or set up a tour, visit their website.