Entomophagy (the practice of eating insects as food) is common in many cultures around the world, with bugs on the menu as a delicacy or just a regular part of an everyday diet. In fact, up to 80 percent of the world’s nations, particularly in tropical areas, eat insects. In western nations like the U.S., however, many consumers are inclined to say “no thanks” when a dish made with six-legged critters gets passed around the table.

Sujaya Rao, PhD, and head of the Department of Entomology at the University of Minnesota’s College of Food, Agricultural and Natural Resource Sciences (CFANS), is promoting entomophagy and working to change social perceptions about it from “yukky” foods to healthy, eco-friendly diets of the future.

Originally from South India, Rao came to the University of Minnesota to get her PhD, doing research on different agricultural systems and looking at insects both as pests and pollinators. In looking at the need for insect pest management alongside the need for pollinators, she was struck by the dilemma farmers faced. 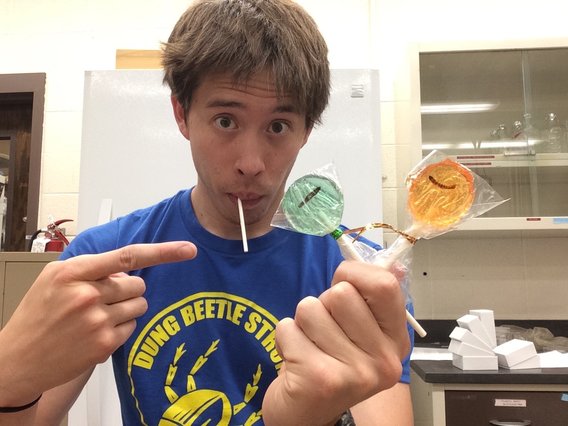 “Consumers want relatively inexpensive food that doesn’t have bugs in it, and farmers try really hard to provide that,” said Rao. “The reality is, insecticides are still probably the most effective and economical option for many pest management programs — but when you put insecticides on plants, important pollinators like bees die. My solution is: let’s just eat the bugs!”

For centuries, people have been eating insects as part of their diets. According to Rao, bugs are not just “famine” foods eaten in times of scarcity. Today, around 2,000 species are eaten by choice in more than 100 countries. This is just a small fraction of the millions of insect species on Earth. “Humans also enjoy prawns, crabs, lobsters, and other creatures that feed on matter at the bottom of the ocean,” said Rao. “These are close relatives of insects, so why not eat insects too?”

We’re all familiar with the sobering statistic that by 2050, the world’s population will surpass nine billion people, and that in order to feed this population, current food production will have to double. What we need, says Rao, are both alternative foods and new ways to grow food. That’s where insects come in.

Let’s start with health. Insects are healthy, nutritious alternatives to mainstream staples like chicken, pork, beef and fish, and many are rich in protein and good fats, and high in calcium, iron and zinc. “The composition of unsaturated omega-3s and six fatty acids in mealworms is comparable with that in fish, and higher than in cattle and pigs,” said Rao. She notes that the chitin of insects (organic matter in the skeletal material of arthropods) is food for the probiotic bacteria in our guts, enabling this good bacteria to flourish in the colon. 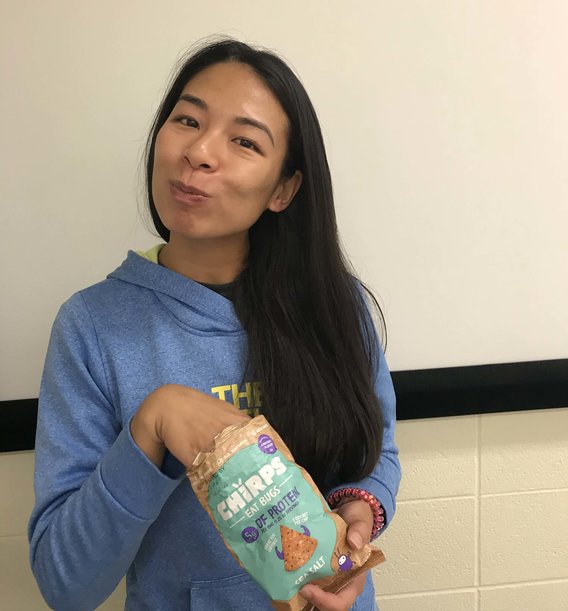 Eating insects also promotes environmental stewardship. According to Rao, insects raised as food emit considerably less greenhouse gasses and ammonia than those linked to conventional livestock. “Insect rearing also requires a lot less land,” she said, noting that because they are cold-blooded, insects are very efficient at converting food into protein. In addition, insects can be fed on organic waste streams, reducing waste in landfills.

Bugs also mean business with economic and social rewards. “Insect rearing and harvesting is a low-tech, low capital investment option that offers entry to small business entrepreneurs in both urban and rural areas,” said Rao. “Depending on the level of investment, insect rearing can also be very sophisticated, using advanced technology like robots to mass produce edible insects.”

A key way to kick the “ick” factor associated with eating bugs is to bring the entomophagy experience to the public, offering education and taste testing. Several years ago at the Minnesota State Fair, Rao offered fairgoers two types of chips — one with regular flour and the other with cricket flour. They indicated both were tasty and couldn’t tell which one contained the cricket flour. She also has brought buggy brownies to elementary school classrooms where the kids were initially grossed out when they heard cricket flour was an ingredient —  but ultimately they asked for seconds!

Earlier this year at an entomophagy presentation to CFANS alumni, Rao was asked about her favorite insect and how she prepares it. “Mealworms with chili and garlic sauce,” she said, noting that aspiring chefs might enjoy a copy of the book Creepy Crawly Cuisine: The Gourmet Guide to Edible Insects. Rao affirms that you can pretty much substitute cricket flour for regular flour in any recipe. “The sky’s the limit,” she said before sharing a quote she’d seen in the Vancouver Sun — “Next time there’s a bug in your soup, don’t call the waiter. Just eat the little critter.”