Ruttan Hall, Room B45
Arrive by 8 am for light refreshments and networking prior to the event. 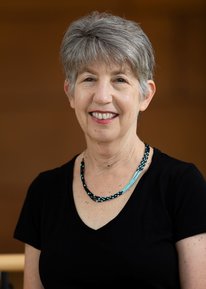 Join us on for the first seminar of the spring semester with guest speaker Marlene Zuk, PhD, a professor in the Department of Ecology, Evolution and Behavior, and Associate Dean for Faculty in the College of Biological Sciences at the University of Minnesota.

Zuk will be discussing why, despite recent progress, women in academic science still lag behind men in advancement, salary, and other indications of achievement. Common explanations include women wanting to devote more time to “work-life balance” or family responsibilities, or that the genders differ in their abilities, with men generally being more capable in the skills required for science. In this seminar, we first review the evidence about women’s status in science, and dispel the myth that demography alone will solve the problem. We then explore another possibility, the existence of implicit bias in evaluation, which occurs at many levels and is common in both men and women. Finally, we will discuss some solutions and ways to move forward.

Speaker Research Interests
Zuk's laboratory studies the evolution of behavior in the wild, mainly using insects. She is broadly interested in how animal signals evolve, and how they are used in sexual selection. She and her colleagues have been particularly interested in how sexual signals evolve in the face of conflicting selection pressures, using a cricket that was introduced to Hawaii. The crickets there are parasitized by a fly attracted to the same song used by females to find their mates. In some populations, a wing mutation rendering males unable to call spread over the course of just a few years, a rapid evolutionary event that illustrates the ways that behavior can moderate the rate of evolution.